In each cell of the body there is a nucleus which holds the main collection of DNA, half coming from each parent, to form a set unique to the individual. This DNA provides the blue-print for the entire body and it is here where every detail of an individual arises. Within each cell there is another structure called the mitochondria, which is like a very tiny energy source that creates power for the cell to live and function. Inside mitochondria there is a second primitive bundle of DNA that is totally separate from what is found within the cell nucleus. Unlike the nucleus, the mitochondrial DNA has only one purpose and that has to do with powering the cell. It does not influence hair colour, eye colour, sex or anything else. All of that is directed from the DNA at the heart of the cell within the nucleus.

Another unique aspect of mitochondrial DNA is that it does NOT come from both parents; it only ever comes from the mother. Without exception. This means that both the sons and the daughters of a female carry an identical set of mitochondrial DNA, and this is passed down through  generations as an unbroken chain from mothers to their offspring. Unbroken that is unless the DNA within the mitochondria itself undergoes a random mutation and becomes altered or damaged, which does very occasionally happen. When it does become altered this can lead to illness. Also, the alteration- the damaged piece of mitochondrial DNA - replicates in every generation that follows, passing along the illness to successive generations. Therefore, mitochondrial inheritance always follows the female line and always has the potential to affect offspring of both sexes. Only the daughters can pass it on however. 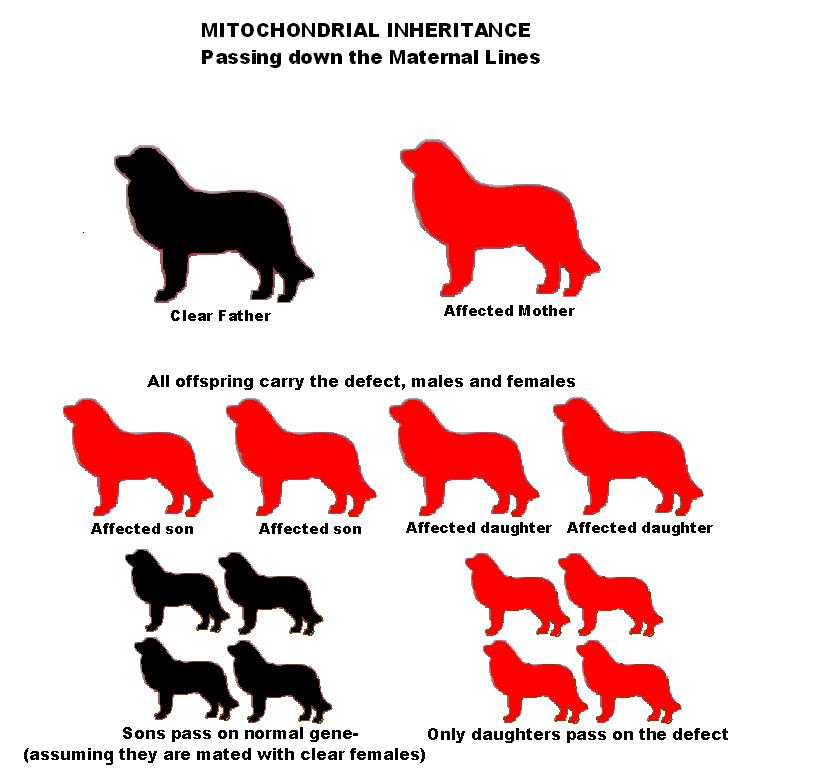